A lot of interesting information and stories related to the work of MCNV in Vietnam were dialogued on the VTV4’s show “Talk Vietnam” yesterday evening December 2nd. Thanks so much to Ad Spijkers and Ron Marchand for sharing human-interest stories and significant milestones throughout the MCNV’s history. A link to the show can be found here.

The women in the land of coconut trees

”Tomorrow” is a video about the real situations and MCNV’s interventions in adolescent health care, including mental health and sexual and reproductive health, in Quang Tri province, Vietnam. While mental disorders become more prevalent among high school students in plain areas, early marriage and pregnancy at adolescence have been a common problem among ethnic minority adolescent girls living in remote mountainous areas. Watch this video to explore more: https://www.youtube.com/watch?v=hXQEOLFXq0A&t=4s

Founded in Amsterdam in November 1968 as one of many Dutch solidarity movements, MCNV managed to change with the times, turn into an international NGO and remain relevant to the Dutch-Vietnamese relations and cooperations and of importance for the Vietnamese and Laotian people. Read more for a link to the livestream.

”Circles of companionship”: a sharp video telling this history and development of MCNV. Many thanks to VTV4 and the involved organisations and individuals for helping us make this production! Founded on 18th November 1968, MCNV has been accompanying with Vietnam for the past 5 decades. In recognition of MCNV’s contributions, yesterday November 16th in Hanoi the Government of Vietnam granted the 4th Medal of Frienship to MCNV on the occasion of MCNV’s 50th anniversary. Enjoy watching the video at: https://www.youtube.com/watch?v=Ra3PPV69GZY&t=15s

Children under 5 years old, mostly of ethnic minority groups, in remote areas of Phu Yen province, Vietnam are malnourished due to their parents’ limited knowledge in nutrition and unhealthy practices in child caring and feeding. MCNV helps to improve this situation through a Nutrition Sensitive Agriculture (NSA) approach. Watch this video for more information: https://www.youtube.com/watch?v=f2S-CGy27A0&feature=youtu.be

Half of youth in Muong Cha marries before 18

Two years ago, Vang Thi Chia, a then 15-year old girl from an ethnic minority in Dien Bien province, still went to Muong Cha High School, as did most boys and girls in her village. She fell in love with a classmate and got pregnant because she had learned nothing about safe sex. Not form her friends, nor her parents or her teachers. Her parents gave her permission to marry her boyfriend. A tough decision, because it ment she had to quit school. 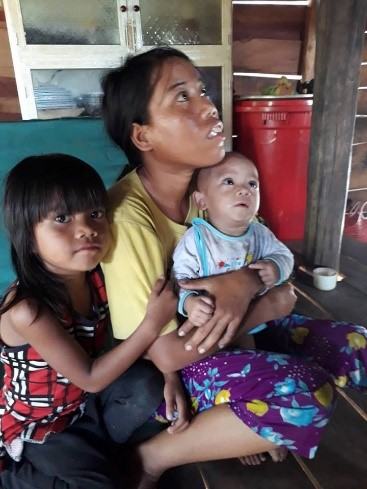 Your ticket for the: MCNV on VTV4’s Talk Vietnam