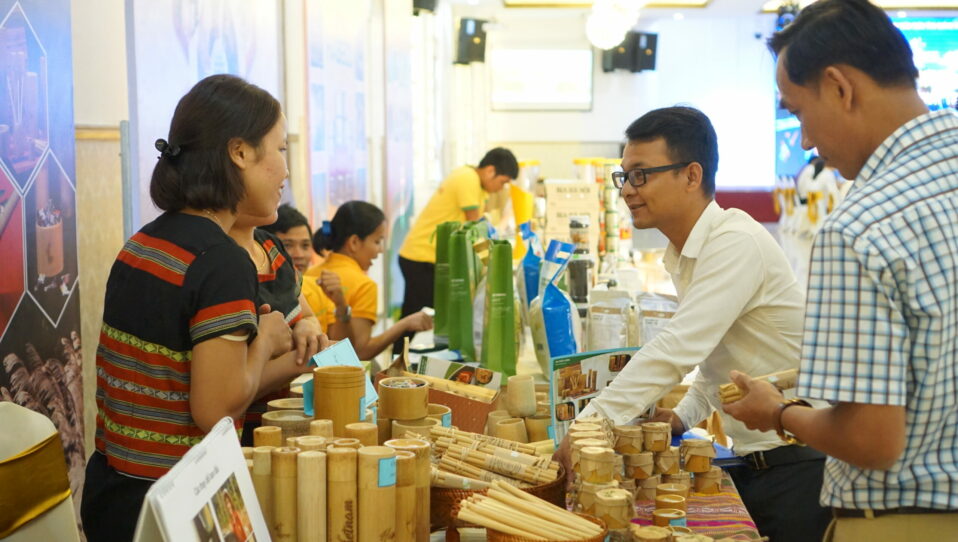 The event was held by Quang Tri province’s Investment, Trade and Tourism Promotion Agency (IPA) on June 29th, bringing together 100 delegates from local authorities, governing agencies and a number of interested enterprises in and outside Quang Tri.

Deep in the jungle of Huong Hoa where lived the skillful workers of Van Kieu ethnic minorities, bamboo was turned into beautiful and useful items: travel utensils, drinking straws, candle holders. These products were brought closer to potential customers thanks to the workshop.

This was also a great stride of Huong Hoa bamboo production groups since young female members could confidently take part in a networking event, where they could reach out to visitors who came from different business sectors. They took the chance to brief potential customers on the production process and at the same time, listening to their feedback to learn more about the market preference and demand. As the conversation went, more opportunities were unveiled.

From raw bamboo to exquisite products, from the forest to the market, it is a long journey. “A journey of a thousand miles begins with a single step”, and Huong Hoa bamboo handicrafts have made an impressive first step to success.

Your ticket for the: Huong Hoa bamboo handicraft: Ready to take off