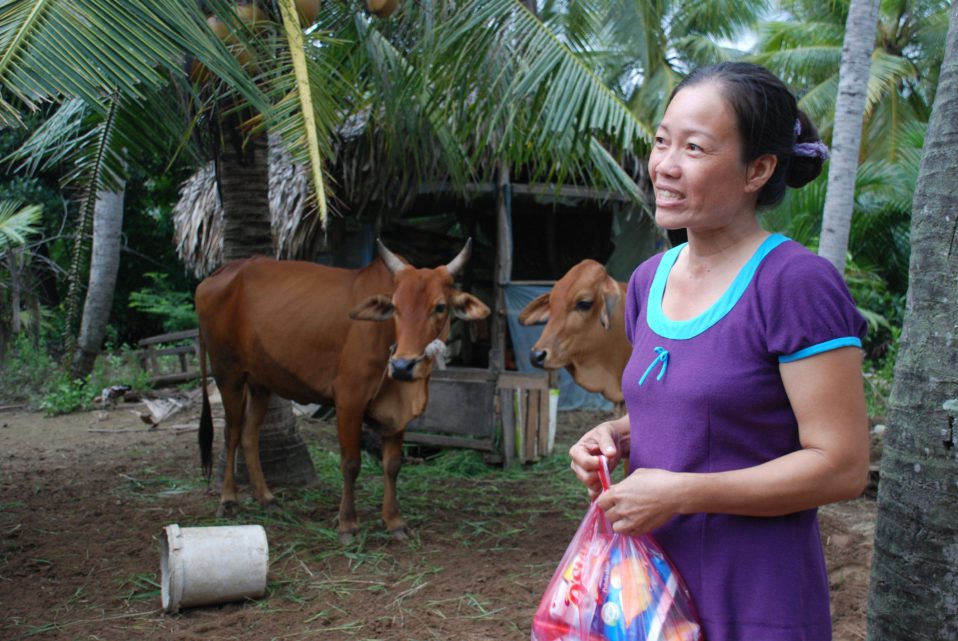 Women empowerment refers to the multi-dimensional development that supports and enable women to take control over their lives and control their future. MCNV focuses on the most disadvantaged groups; the poor rural women under the negative influence of climate change, isolated women in mountainous and remote areas, and women living with disability or HIV/AIDS. Among all projects MCNV supported in Vietnam, women empowerment became a cross-cutting theme to guide our work with particular attention to gender issues and women’s development specifically. In Ben Tre province, MCNV implements a specialized Women Empowerment program which focuses on comprehensive support on women, from economical inclusion through microfinance to improving the political participation by women through elections. Having a cow is a big asset for poor women. The cow helped her to gain more self-confidence and respect from others

Through microfinance projects, MCNV has made inclusive financial services available and accessible to more than 10 thousands women in Vietnam and contributed to positive changes in their lives. Women who live in rural and remote areas bear a double burden, taking care of their family and children while simultaniously generating an income with normal labor. Household burdens limit women when it comes to finding a wage job, this is due to the job locations being in the city, far from their homes and family duties. So self-employment opportunities created by household micro-entrepreneurs allow poor rural women to earn their own livings and at the same time, being able to complete their housework. The Women Empowerment microfinance project in Ben Tre has provided a wide range of inclusive financial services including credit, saving, health insurance, loans for production groups, loans for building water containers (for drought and salinity preparedness), together with financial literary and training for poor women. These services have helped more than one thousand impoverished women better the quality of their lives and increased their income and social status. Through the microfinance and livelihood development activities, women have more changes and solidarity to perform and contribute better in community work. Regular (monthly) meetings enable them to voice their matters; exchange life experience and production knowledge; and learn from each other. That self-learning process was created and maintained by MCNV projects and has become a sustainable mechanism to empower women. Through the years, many at MCNV have witnessed several examples of life improvements. Poor women became more self-confident and more skillful in production and doing business. The neighborhood and relationships were very much improved which enabled women and also men to care about and help each other. A great step forward for women empowerment is the improvement for their political participation. More female delegations in the local government could ensure the rights and voices of women to be heard and respected. Ben Tre province is the first province in Vietnam to have a project intended to improve the successful rate for women in People Council’s election. Online survey tools were also used to collection ideas and data from the field. The successful rate for women in 2016 election had increased to 28% of total People Council comparing to 22% in the last election in 2011.

Enhancing the ongoing women empowerment efforts and sharing our experience widely to other provinces in Vietnam as well as to other countries is the target. We are now cooperating with the Center of Women and Development to start a media development project which could film the best practices and methods in this field and share the experiences widely throughout social network to advocate for women’s development. 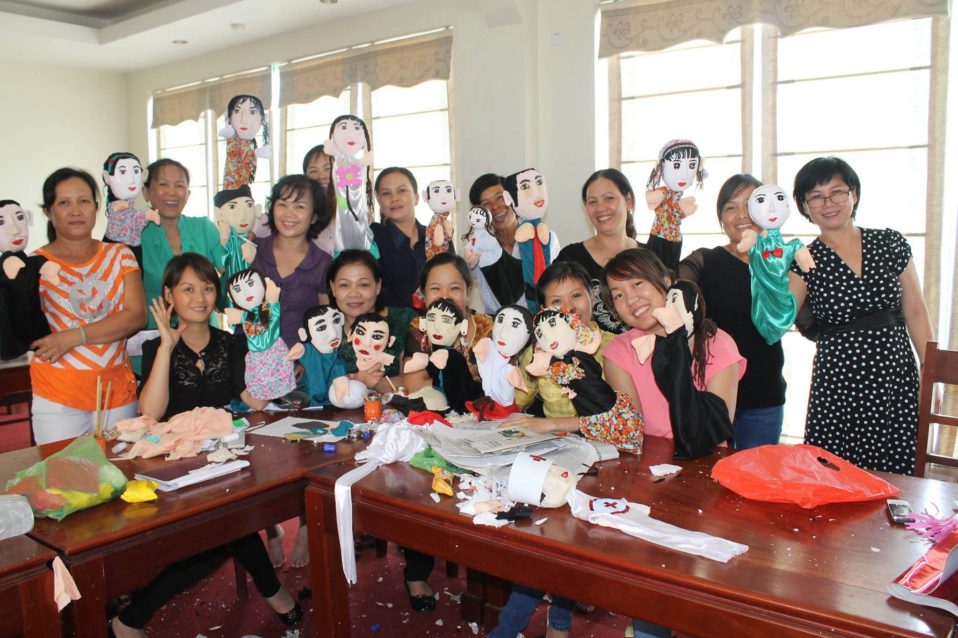 In the health system of Vietnam, village health workers (VHWs) are grassroot based that are closely connected with villagers and are often called the “extended arm of the health sector”.

VHWs are not employees of the government; they are local community volunteers who receive special training for their community health work. The network of VHW is an important component for providing health care at the village level. The VHWs link the commune health centres with the villagers. They live in the villages where they work and provide simple health care and counselling to people, most of whom they know. The services given by VHWs are very important not only for the villagers but also for the government health system, especially to reach the poor and those living in remote areas with limited access to quality medical care.

For many years MCNV has been helping to develop capacity and improve the quality of work of the VHWs in the three provinces of Cao Bang, Phu Yen and Quang Tri. In these provinces, the VHWs have established their own organizations called the Village Health Workers’ Association (VHWA) which function as local NGOs. Currently, these VHWAs are forming a network of approximately 3,000 members. The establishment of the VHWAs came in response to the expressed needs of VHWs in the provinces to foster learning and sharing for professional capacity improvement. In addition, they make it easier to voice the concerns of VHWs and villagers at higher health levels.

One of the most important tasks of VHWs is to give health educational communication at the grassroots level, as pointed out in Circular 07/2013/TT-BYT of the Vietnam’s Ministry of Health. To improve the quality of this kind of work, MCNV has helped the VHWAs learn and successfully apply many creative methods for behavior change communication (BCC). Some methods often used for BCC activities in the community include drama, shadow drama, folk composing and singing, participatory video, photo-voice and puppet shows. Although different in terms of techniques, these two-way methods of communication improve the interactions between VHWs and villagers and are applicable to almost any community health problem. The VHWAs now have good experience and skills in these methods, contributing to making people change their knowledge, attitudes and practices for better health in a more effective way. In the period of 2011 – 2015 the three VHWAs have used these methods to provide 807 communication events for different target groups and the communities, attracting the attention of over 26,500 people.

The VHWAs are highly appreciated by local authorities and other organisations. For the past years the three VHWAs have cooperated with different organisations in the health sector, such as food safety departments, centres for HIV/AIDS prevention and district health centres, in community BCC actions. In Quang Tri, for example, the VHWA has trained groups of people living with HIV so that they can organize social events to communicate with villagers about HIV topics. The VHWAs also have good experience in working with ethnic minority groups in the border areas. One of the VHWA’s remarkable interventions is about using creative methods of BCC to communicate with groups of ethnic minority teenagers in some communes along the Vietnam – Lao PDR border, aiming at tackle the problems of unsafe sex practices and unexpected pregnancy.

The VHWAs also often train and collaborate with community based organisations, especially disabled people’s organisations, in using creative methods as a tool for expressions and life-skills development. In Quang Tri, the VHWA has been invited by other INGOs, including World Vision International and Handicap International, to provide trainings on creative methods of BCC for their partner organisations. In 2013, the VHWA joined in a consultancy mission together with MCNV to provide similar trainings to the UNFPA’s partners in Ben Tre and Hai Duong provinces. Earlier, the VHWA used to give such trainings for health workers and volunteers in Noong district, Lao PDR. In short, the VHWAs are now capable of providing technical support in creative BCC for health development projects/actions.

The working model of the VHWAs in Cao Bang, Phu Yen and Quang Tri has been reported to and appreciated by the Ministry of Health. These three VHWAs could play an important role in upscaling the model to other provinces in Vietnam in future. 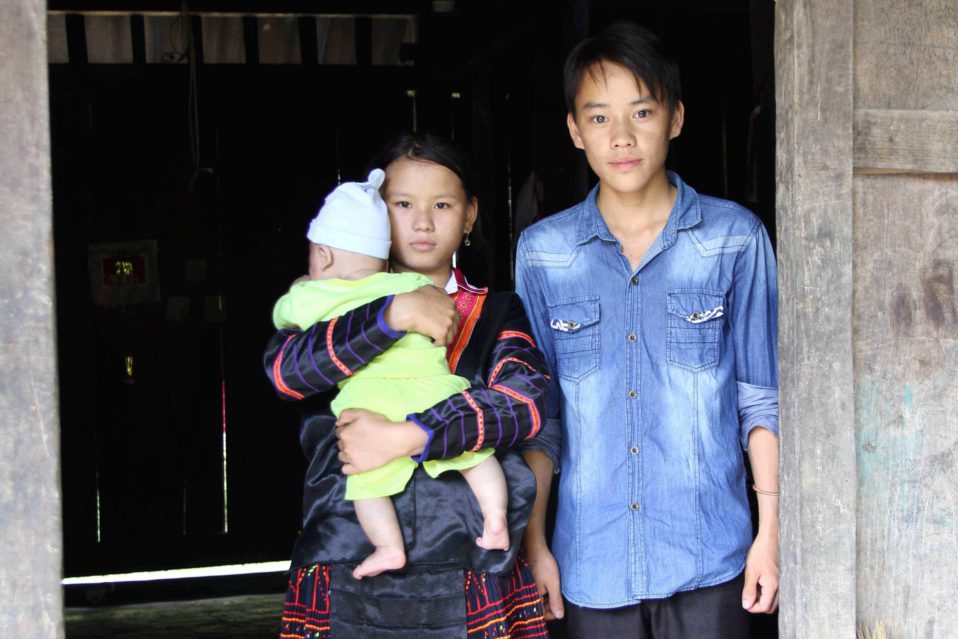 Sexual and reproductive health and rights-education in Huong Hoa

In the border region of Huong Hoa, there are 1900 teenagers with too little knowledge of sexual matters. Their parents also want to gain knowledge and self-confidence so that they are able to discuss delicate subjects.

The Lao Women’s Union is a close partner of MCNV, helping to promote gender equality throughout the whole district.

The Vietnam Women’s Union is one of the most important partners in MCNV development programs in Vietnam, at all levels.

The main role of this organisation is to oversee the health care of all the communities in the province. MCNV has built a strong relationship with the Provincial Health Department in Savannakhet since 2008.

MCNV has been working with this partner to build the capacity of the organisation and increase the skills of health care professionals.

Your ticket for the: Provincial Hospital – Lao