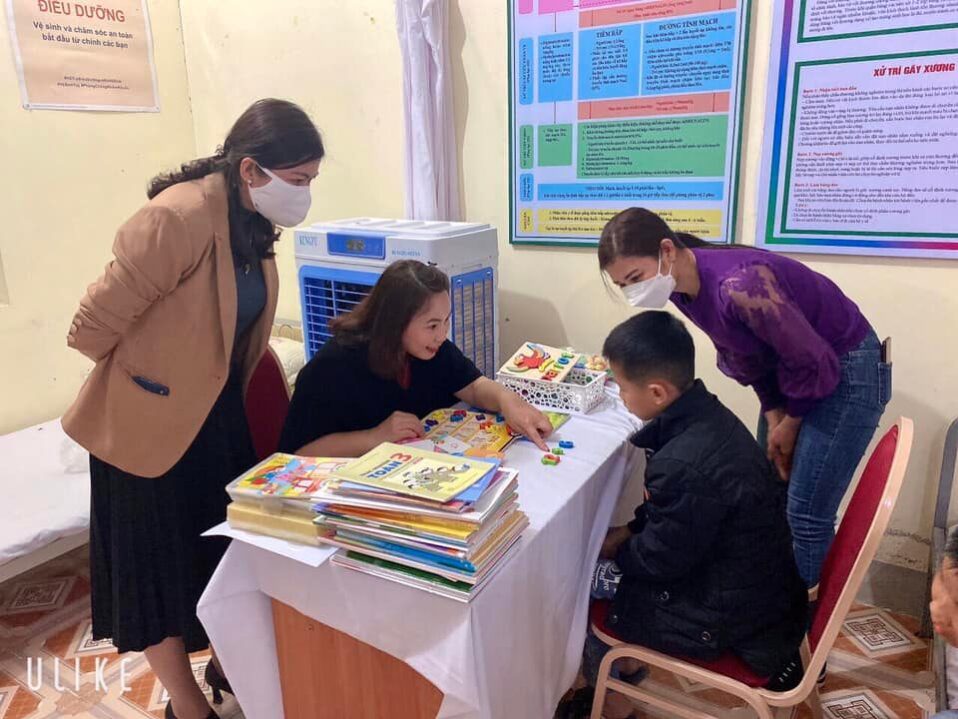 Thanks to the support of MCNV, the Dien Bien Support Center for the Development of Inclusive Education recently assisted six local primary schools and kindergarten in establishing the Learning Corner for students with disabilities.
The activity was conducted on December 27th& 28th, under the piloting collaboration mechanism between the Support Center and satellite schools which will be officially implemented from 2022 onward.

Since 2014, MCNV has started to support Dien Bien with a project of community-based rehabilitation for people with disabilities. In 2016, MCNV and Dien Bien Provincial Department of Education and Training (DoET) signed a Memorandum of Understanding (MoU) for a mutual collaboration in setting up a Support Center for the Development of Inclusive education for children with disabilities in Dien Bien (Support Center) and fund raising for construction of this Support Center.

In the academic year 2020-2021, 50 students received education and intervention from the Support Center. Out of the,10 have been transited to mainstream schools or relocated with their families while the other 40 continue their second year at the Support Center. Together with the 50 new admitted children, in the school year 2021-2022, the total number of students of the Support Center therefore will be 90, including children with intellectual disabilities, speech impairment, hearing impairment, autism and DOWN syndrome.