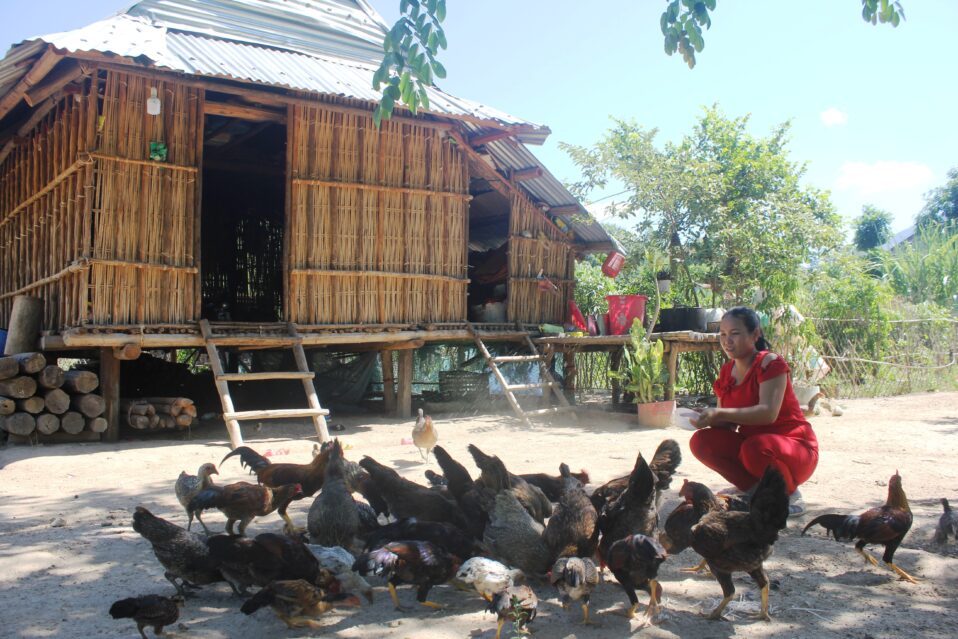 A conference to kick start the project “Boosting income and jobs for poor ethnic women in Dong Xuan district” (BIJPO) was held on March 25th  by MCNV and Dong Xuan District People’s Committee.

Building on the achievements of the previous Nutrition Sensitive Agriculture project, BIJPO will be implemented in a period of 36 months, from April 2022 to April 2025.

BIJPO aims to tackle the new challenges confronting people of ethnic minorities living in remote mountainous areas brought about by the COVID-19 pandemic and climate change. In particular, BIJPO will focus on boosting the income, improving food security via the improvement of working condition and agricultural production. The project will benefit about 650 women and 500 children of poor and nearly poor households in 15 villages of 6 communes in Dong Xuan district, and therefore, contribute directly to the realization of the National target programme on socio-economic development in ethnic minority and mountainous areas in 2021-2030.

As part of the project, 15 new women-led cooperatives will be formally established and receive support in terms of making joint business plan and building joint assets/facilities for its production and business. Operation of the groups will create alternative jobs and income for the poor women in village who are willing to join and commit the common production plans of the groups. Potential business includes debarking machines of acacia wood; producing dry mushroom products; weaving products, etc.

At the same time, the project will facilitate 30 household agricultural production groups. These informal groups will be set up and endorsed by local commune government. Each household production group will include around 15 poor and nearly poor households. The project will provide group members with agricultural production training courses; coaching; seedlings, breeding for improving current crops or implementing alternative cash and non-cash crops. Female members will work together to improve and diversify their household agricultural production such as rearing fish, frogs, chicken, ducks, crabs and planting acacia plantation, fruit trees (banana, papaya) vegetables, or pumpkin. The improved productions aim to create both cash and also non-cash income for these households.  The agricultural models will be identified and proposed by group members in accordance with local context and household conditions./.

Your ticket for the: GSRD – MCNV new partnership to benefit over 1,000 poor women and children in Phu Yen