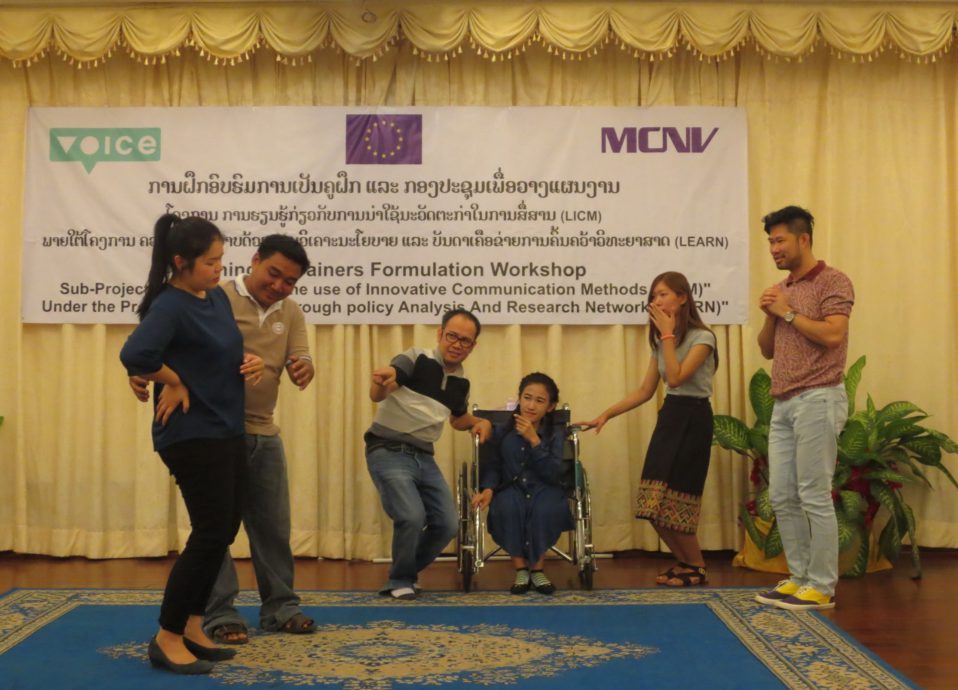 Disadvantaged and discriminated groups of people such as handicapped people, older people, HIV/AIDS infected people or people with a different sexual orientation are often shy, tend to stigmatise themselves, and often struggle with feelings of shame and self-doubt. The experience was so successful that MCNV decided to expand the application of the ICM approach to other areas of work including awareness raising on health issues and policy advocacy in areas like garbage collection and Sexual and  Reproductive Health and Rights. The ICMs that MCNV supported to use in Vietnam included theatre based approach, puppet plays, participatory video, dance and folk singing.

The use of arts (drama and songs) improved the social status of both the Village Health Worker Association (VHWA) and Community Based Organisation (CBO) they cooperated with.  Besides that, the Village Health Worker Association (VHWA) and Community Based Organisation (CBO) members became more confident of themselves through the use of arts and became less afraid of speaking out in public meetings. In 2015, Disabled People Organisations (DPOs) and Old People’s Organisations (OPAs) in ethnic minority areas of Quang Tri province managed to collect Eur 30,000 from their communities through campaigns and public meetings where they performed drama and songs, and they use this money to sustain their community development activities. LICM demonstrated its positive contributions to advocacy as well. For example, in 2014, the Old People’s Organisations (DPO) in Quang Tri successfully lobbied for an increase of the budget of the district allocated to old people’s health by organising lobby events during which they performed drama.

Recently, MCNV obtained funding of OXFAM-NOVIB and HIVOS to experiment with the use of ICM in Laos as well. MCNV will assist three vulnerable youth groups i.e. handicapped youth, LGBTQI youth and girls working in garment factories in Laos in using ICM for their own empowerment and for advocacy. The project allows MCNV to enlarge her experience in this field and promote the method further.

Your ticket for the: Learning about the use of Innovative Communication Methods (LICM)