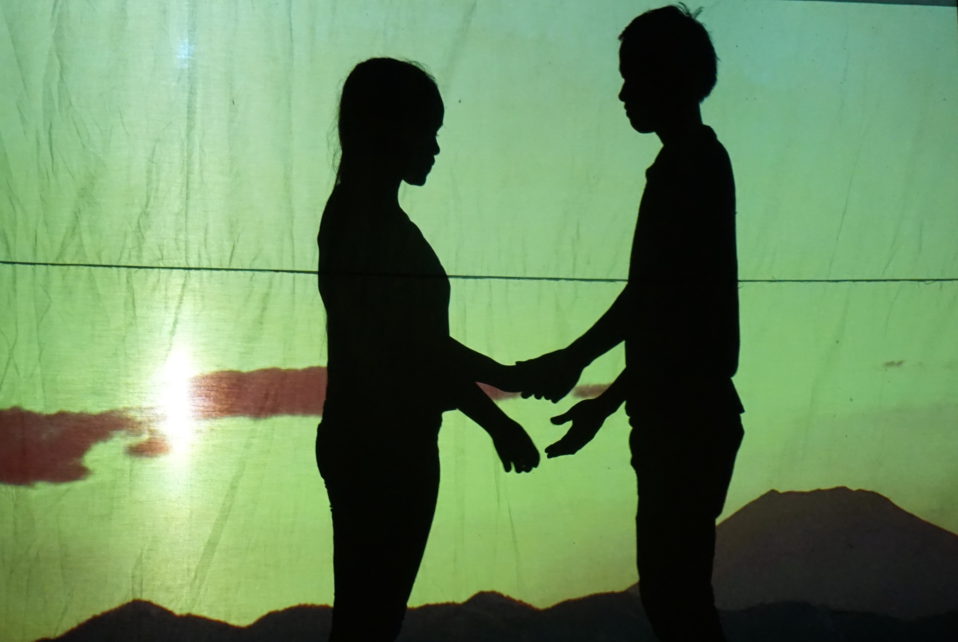 Huong Hoa is a remote district of Quang Tri province, located in the border area Vietnam – Lao PDR. The district has a total population of nearly 80,000 in which above 50% are people from ethnic groups of Pacoh and Bru Van Kieu. In the villages along the border area where MCNV works, out of total population of 12,353 people, there are 1,999 poor households (16.2%) and 9,835 ethnic minority people (79.6%).

The Pacoh and Bru Van Kieu have no written language and have limited access to educational information and quality health services. They mainly live on growing banana, cassava, corn, and some rice, and practice shifting cultivation on the poor highlands. They work hard but obtain insufficient income to afford health and educational services. Similar to other ethnic minority groups in Vietnam, as a consequence of poverty and low awareness, they lag behind in all aspects of the development process.

As a cultural custom, teenagers of Pacoh and Bru Van Kieu ethnic groups are allowed by their parents to date quite freely, and they are allowed to get married, too, when they are still very young. Having sex is almost unavoidable among teenagers. The problem is that so many of them do not have enough basic knowledge in SRH, putting themselves always at risk of bearing unexpected pregnancy and sexually transmitted diseases (STDs). While SRH is not taught at schools, teenagers in this remote area also have limited access to educational messages about SRH through other channels of information. And even if they are aware of problems related to SRH, they avoid talking about it as it is too much “sensitive” or “private” to talk about.

A baseline survey done with teenagers in this area in 2013 has given shocking data – 56% of teenagers under 16 already experienced having sex, 78% didn’t know how to protect themselves from STDs, 14% of teen-girls got unexpected pregnancy, and 97% didn’t prove that they had enough basic knowledge in contraception.

Since mid-2015, MCNV has launched a project to help tackle this problem. We started with co-creation workshops with some groups of active teenagers and village health workers (VHWs) selected from two piloted communes of A Tuc and A Xing. Co-creation workshops enabled the teenagers to get basic understandings about SRH, analyse their real problems, identify practical solutions and come up with an action plan. A story-based approach was applied so that the teenagers could share true stories that happened as a consequence of unsafe sex practices in their community and, with technical support from MCNV staff and the VHWs, re-formulate the stories in the form of shadow drama and puppet shows. The teenagers then presented the shows in combination with community events and interacted with the audiences about SRH aspects related to the stories. The community events were organized every month by the teenagers with the participation of peer/interest groups – youth football clubs, and RAP and hip-hop groups.

In parallel with this way of behavior change communication, some teenagers also volunteered to sell condoms at home, which was more easily approachable to the young people. In contrast, condoms could be easily found at the commune health stations, but the teenagers would never come there to ask for.

Another solution was to use the photo-story telling technique to tell the stories in the form of animations and shared them on the social media to reach and interact more with the online community. We also used a mass instant messaging service to deliver educational messages about SRH for teenagers in this remote area in a weekly basis.

One of the most significant change, as revealed from 40 in-depth interviews and 4 focus group discussions recently with the teenagers directly involved in the project, is that they have changed their mindsets, attitudes and behaviours about SRH at teenage and actively communicated with their friends, families and neighbours to raise their awareness about this topic, which they never dared to speak out before.

Four small groups of teenagers, about 10 members each, have produced 4 shadow plays and 4 puppet shows and used them for behavior change communication events and for online communication.

An added value of the project was the increase in the teenagers’ power and motivation to make contribution to the community development, which they thought before to be the adults’ affairs. They have become more united for it, as well. There used to be tensions and conflicts among different groups of teenagers, making them not dare to go from one commune to another for fear of being beaten. Now they have become friends, instead.

Further evaluation will be done in the coming time to see changes in SRH knowledge, attitudes and practices among more than 600 teenagers and older young people in these two communes.

We expect to maintain this project in these two communes and upscale it in other three neighboring communes of Huong Hoa district in 2017 and 2018, directly benefiting to about 1,300 teenagers and older young people. In this new phase, we will promote the role of local leaders, parent groups and schools (both high schools and secondary schools) in changing SRH practices among teenagers. In addition, we will collaborate with the district and commune health centres and the Association of VHWs in applying e-health initiatives in SRH communication.

Good practices and lessons learnt from this project will be documented and shared with relevant organisations and networks, such as UNFPA, Barefoot Guide Alliance, ARROW, ADF, WGNRR, and the Vietnam’s health sector and policy makers.

Your ticket for the: Sexual & reproductive health for teenager in Huong Hoa