The People’s Committee of Quang Tri Province in cooperation with MCNV held a meeting to celebrate the 45th anniversary of diplomatic relationship between the Netherlands and Vietnam (1973-2018) and 50th anniversary of MCNV (1968-2018).

The meeting took place on April 12th 2018 at Saigon – Dong Ha Hotel, Dong Ha City, Quang Tri province with the participation of leaders of Quang Tri province, representatives of departments, agencies, MCNV partner organizations and the presses. The meeting was also attended by Madam Nienke Trooster, Ambassador of the Netherlands to Vietnam, staff of MCNV Office in Central Vietnam and a group of special guest including Dutch individual donors and former MCNV leader and staffs from The Netherlands. In the cozy, friendly and cheerful atmosphere of the event, the participants looked back on memorable landmarks in the history of diplomatic relationship of the two countries, as well as the cooperation and development between MCNV and Quang Tri province.

MCNV was officially founded on November 18, 1968 in the movement of protesting against the Vietnam War around the world. In the first few years of existence, MCNV was joined by more than 600 doctors, pharmacists, college professors and nurses in the Netherlands. And the number of MCNV’s individual donors reached more than 65,000 people. The first activities of MCNV mainly focused on the supplies of medicines and medical equipment to Vietnam. In addition, many facilities for people’s daily life and for the struggle against the U.S.A. such as bicycles and sewing machines were also donated by the Dutch people through MCNV. 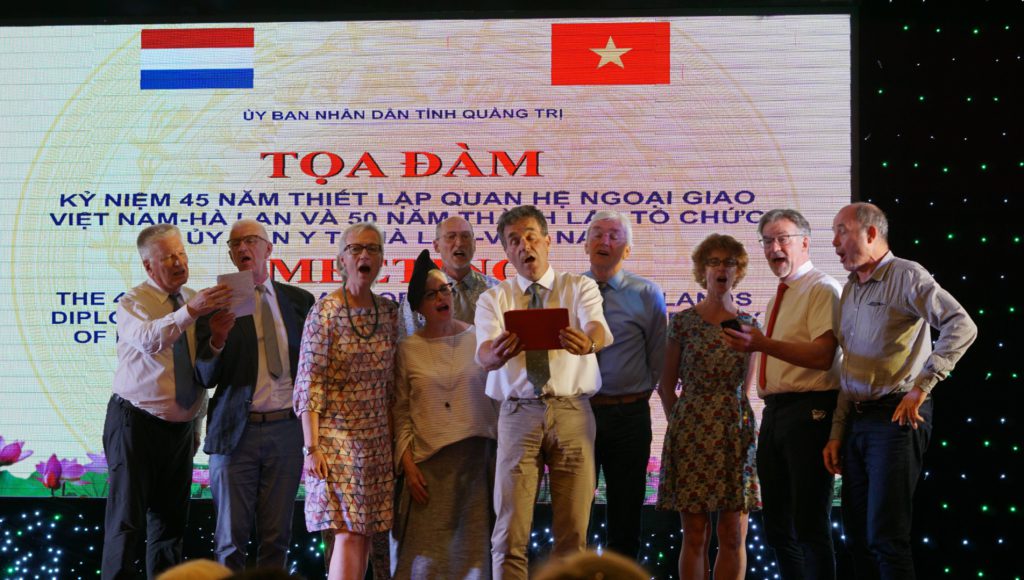 Group of loyal Dutch donors performing in the event 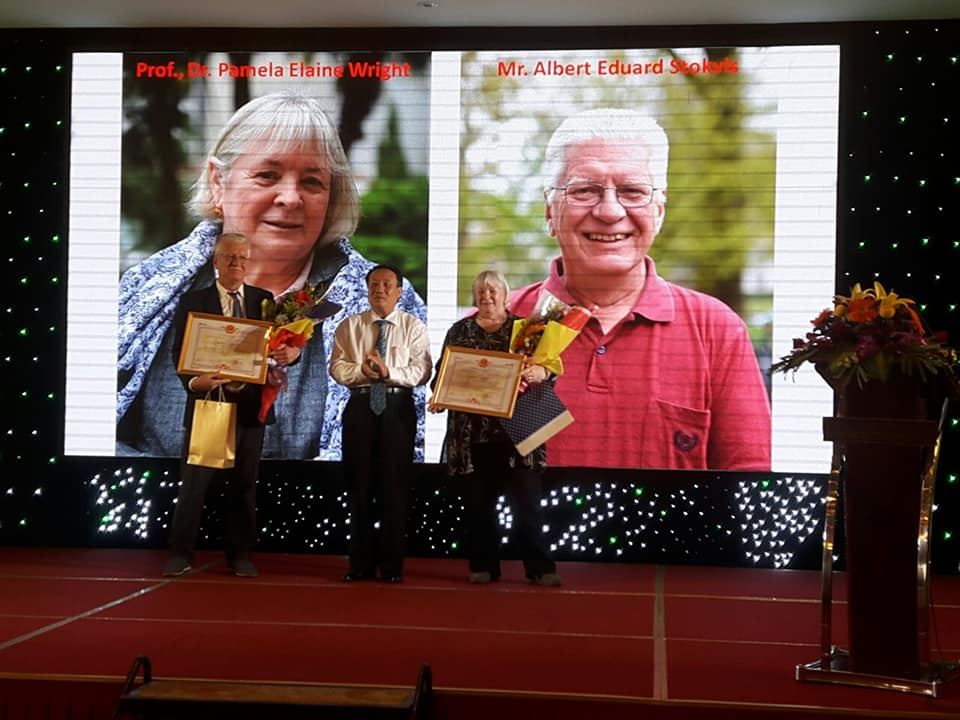 The People’s Committee of Quang Tri awarding the Certificates of Merit to Professor Dr. Pamela Wright and Mr. Ab Stokvis for their great efforts to Vietnam and to Quang Tri in particular. 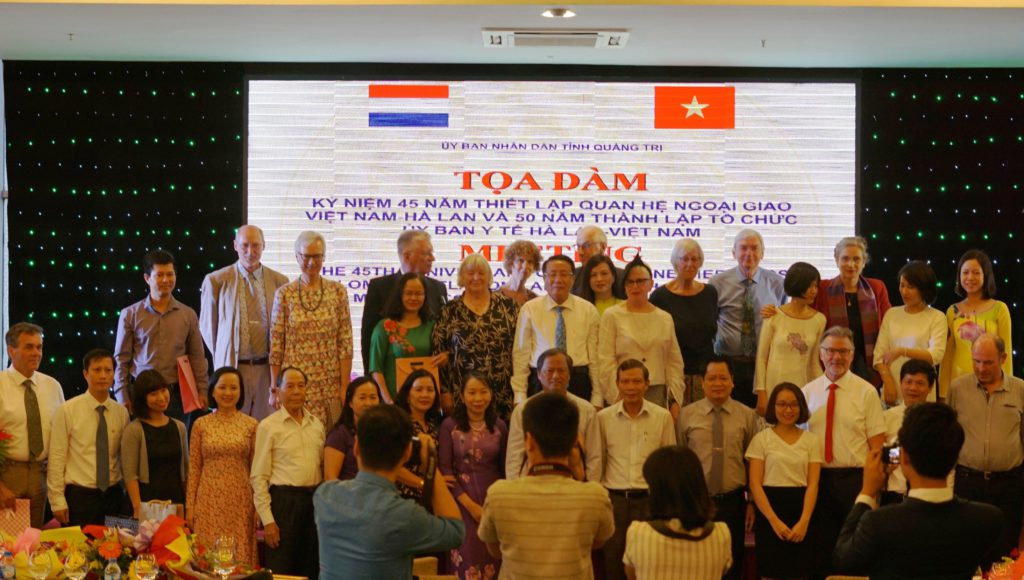