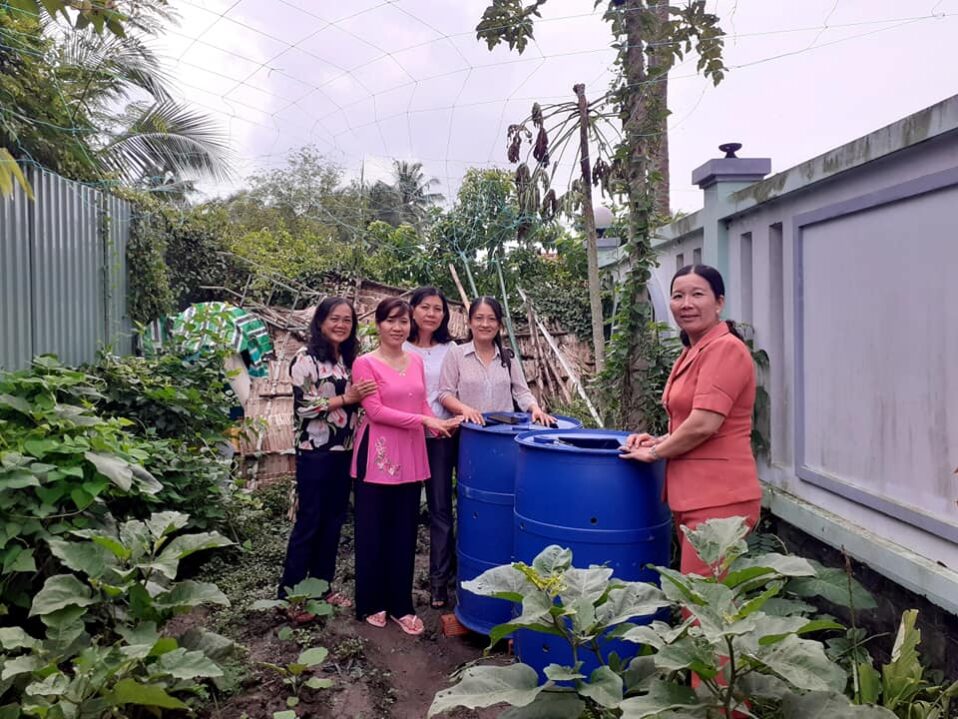 Thanks to the project ‘Community-based eco-green solution to solid waste treatment’, 74% of the wastes generated by 1150 households in Ben Tre province, has been effectively converted into bio compost in the year 2020.

The result was officially announced in a project review conference held in December 2020 in Ben Tre city, Ben Tre province. The event was attended by representatives of Ben Tre provincial Department of Natural Resources and Environment, the People’s Committee of Ben Tre city and Chau Thanh district and local environmental action groups.

Via sponsoring 50% of the cost of equipment purchase (compost bins) and providing guidance on waste treatments, the project has helped 1150 households managed their wastes in a simple, cost-saving yet effective fashion.

According to Ben Tre province’s Women Union, in the year 2020, 1150 households generated 458 tonnes wastes (equal to 38.2 tonnes per month). Among these wastes, 339 tonnes were organic wastes, which were converted into bio compost to nurture household gardens .

Also in the year 2020, the project supported 10 workshops on growing vegetables with bio compost for 350 local women. 750 primary students were trained on waste classification. Waste classification bins were provided to 15 primary schools, kindergarten and 2 markets./.

Your ticket for the: Hundreds tonnes of wastes turned into bio compost