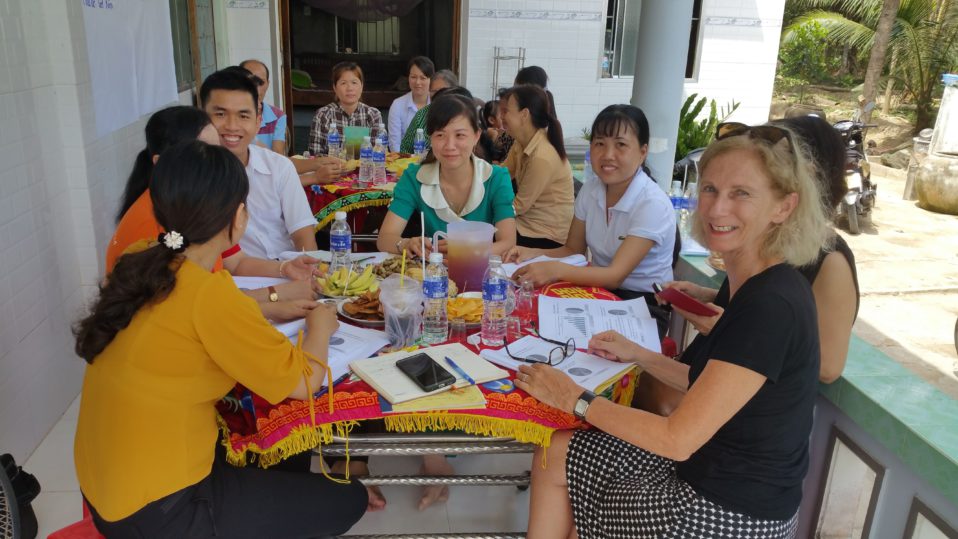 The Hulza delegation visited the Microfinance Project in Ben Tre

On May 6th 2019, Ms Monique Smier and Ms Hoang Phuong Phi from the Hulza Foundation, the Netherlands visited the MCNV’s Microfiannce Project in Binh Dai district, Ben Tre province. This trip was special to Monique and Phi because they visited Thoi Lai commune, where the Hulza Foundation started their microfinance support for poor women in 2016.

Ms Monique and Ms Phi took their first visit to Ben Tre in 2016, when the province was suffering the serious saline intrusion that widely endangered the Mekong river delta in Vietnam. After that trip, Monique and Phi decided to join hands with MCNV to expand the microfinance project to Thoi Lai commune. With the donation of Euro 20,000 in 2016, the Ben Tre Women’s Union and MCNV were able to expand the project to Thoi Lai commune with inclusive microfinance services and community development support to poor women. Until May 2019, 152 poor women in community have had micro loans and savings from the project in 15 credit groups. Most of them had first loans in 2017-2018 to build high capacity water containers for retaining rain water to be safe during dry season. After having enough fresh water for living, in the second and third cycles of loans, more women tend to invest in their home business such as cow, goat or pig raising or other suitable businesses such as trading and farming their home gardens. 50 poor women could build their home hygienic latrines from this project loans to keep the environment clean. 13 women borrowed free of interest loans to buy voluntary health insurance for totally 37 family members to protect themselves from health risks. During monthly credit group meetings, poor women are equipped with financial literacy training from the Women’s Union and learn more life and production knowledge by compulsory sharing session during the meetings.

This project will continue once the need from poor women for inclusive financial service and community development is still there. Ms Monique and Ms Phi showed their high satisfaction about the beginning results of Thoi Lai commune and looked forward to further cooperation with MCNV in the future to support disadvantage groups in Vietnam. On April 25, 2019 in Hue City and April 26, 2019 in Tam Ky City, MCNV together with Center for Creative Initiatives in Health and Population (CCIHP) and Provincial Department of Health in Thua Thien Hue and Quang Nam organized the Launching Ceremony of the Project “Interdisciplinary Rehabilitation Services Supporting Children with Intellectual and Developmental disabilities to thrive” (hereafter called I-THRIVE). In each province, about 60 participants attended the event including people from USAID; The Vietnam Union of Science and Technology Association (VUSTA); Ministry of Health; Provincial People’s committee; Provincial Department of Health and related departments; Da Nang University of Medical Technology and Pharmacy (UMTP); Hue University of Medicine and Pharmacy (UMP); Association of People with Disabilities (PWDs); Provincial hospitals and district health centers those involved in the project; and other organizations who have been working on supporting PWDs in the 2 provinces. The Memorandum of Agreement was officially signed between CCIHP, MCNV and Quang Nam Department of Health.

The I-THRIVE Project focuses on 3 objectives:

The I-THRIVE Project is sponsored by USAID, VUSTA is Line Management Agency, CCIHP is the Project Implementing Partner and MCNV is Co-Implementing Partner. Project duration is 3 years, from November, 2018 to October, 2021. Project locations are Thua Thien Hue and Quang Nam provinces. The Project is expected to pilot the model of interdisciplinary rehabilitation services at provincial and district levels in Thua Thien Hue and Quang Nam provinces in order to widely apply in other areas afterwards. 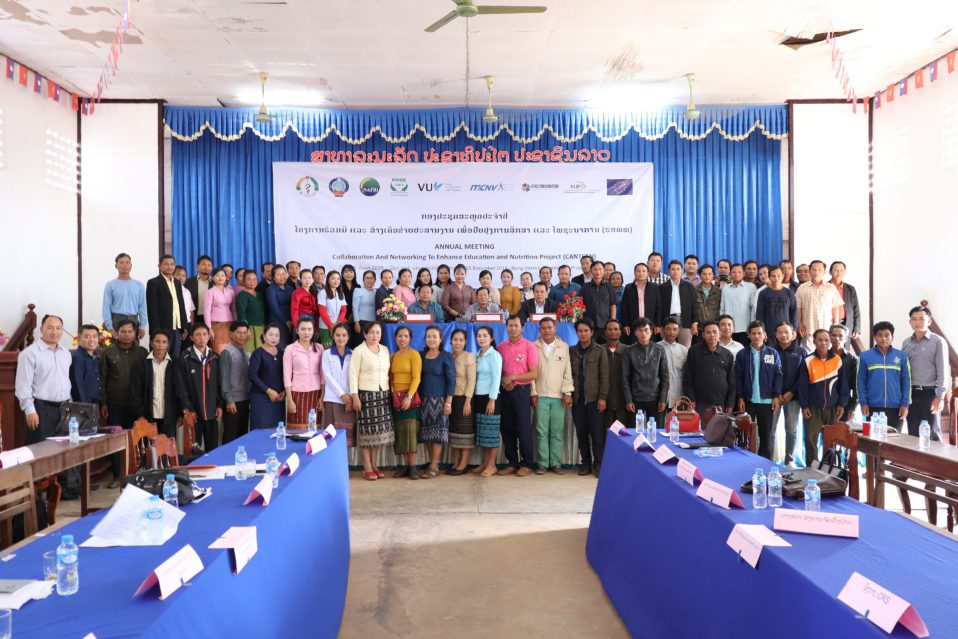 On December 25, 2018, the Collaboration and Networking to Enhance Education and Nutrition (CANTEEN) Project implemented an Annual Meeting to report on the progress of the project over the past year and to present the work plan for the 2019 project in Nong Village, Savannakhet Province. 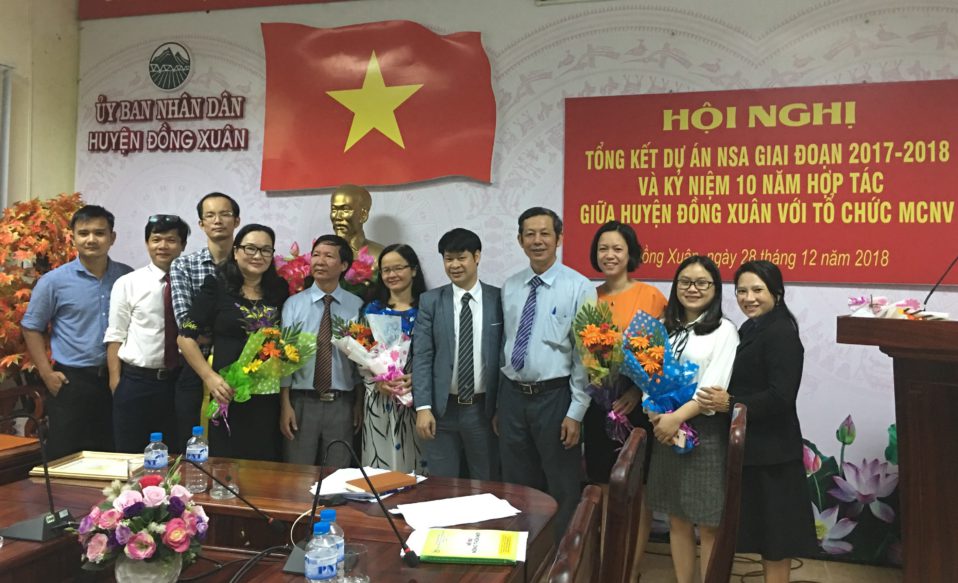 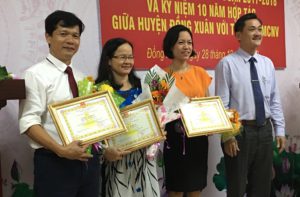