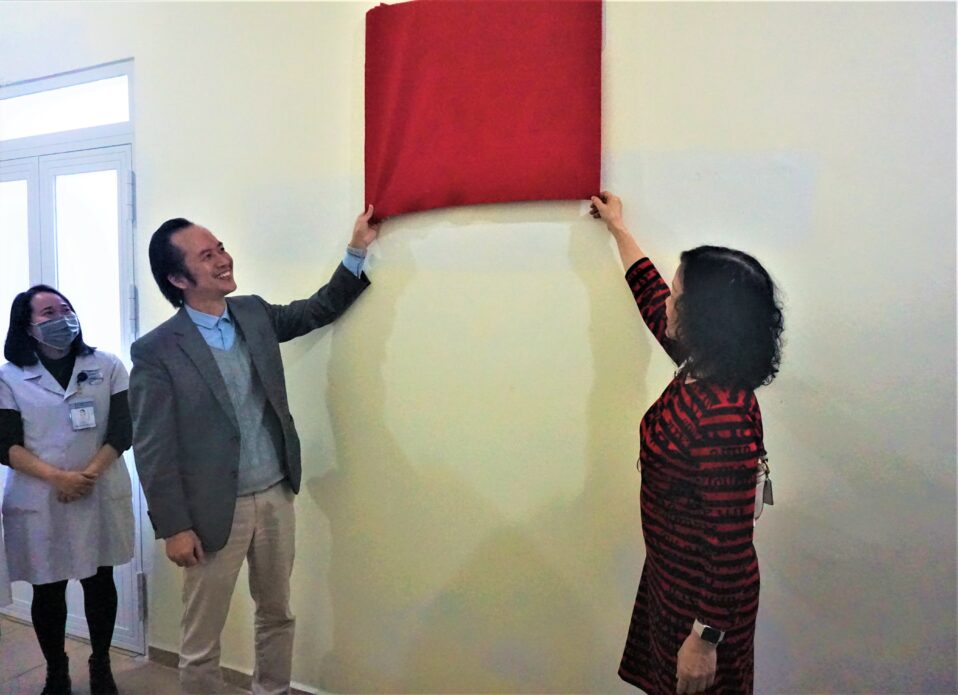 The first Activities of Daily Living (ADL) Lab was officially handed over to Hue University of Medicines and Pharmacy (UMP) by MCNV on January 21.

The ADL Lab was built as part of the project ‘Interdisciplinary rehabilitation services supporting children with intellectual and developmental disabilities to thrive’ (I-THRIVE).

I-THRIVE is sponsored by the US Agency of International Development (USAID) with the Center for Creative Initiatives in Health and Population (CCIHP) being implementing partner. The project site is located in two Central provinces of Quang Nam and Thua Thien – Hue.

In Thua Thien – Hue, the project’s major local partner is Hue University of Medicines and Pharmacy (UMP). The University has been working with CCIHP to pilot a model of interdisciplinary rehabilitation services supporting children with autism, and collaborate with MCNV in capacity building for rehabilitation professionals.

ADL Lab plays a significant part in training, as it is used as a simulated setting to equip the students with relevant skills to help patients increase their independence in daily living.

As part of I-THRIVE project, Hue UMP has received requisite technical and financial support to build two ADL Labs: one for adults and one for children.

The ADL Lab for Adults in Hue UMP was completed in January 2021 with the support of MCNV. Designed as a simulated apartment area, the ADL Lab includes a bathroom, toilet, a bed, a sitting area, dinning area and a kitchen.

On the afternoon of January 21, the ADL Lab was officially inaugurated and handed over to the Hue UMP in a ceremony attended by representatives of USAID, CCHIHP and MCNV.

*As part of I-THRIVE project, on the morning of January 21, a workshop themed ‘Enhancing the capability of Rehabilitation Professionals’ was held. In the event, 30 health workers in provincial/district hospitals and health centers in Thua Thien – Hue province were awarded with the Certificate of Graduation from the 12-month course in Physio Therapy, Speech Therapy and Occupational Therapy.

Your ticket for the: First ADL Lab inaugurated in Hue University of Medicines and Pharmacy