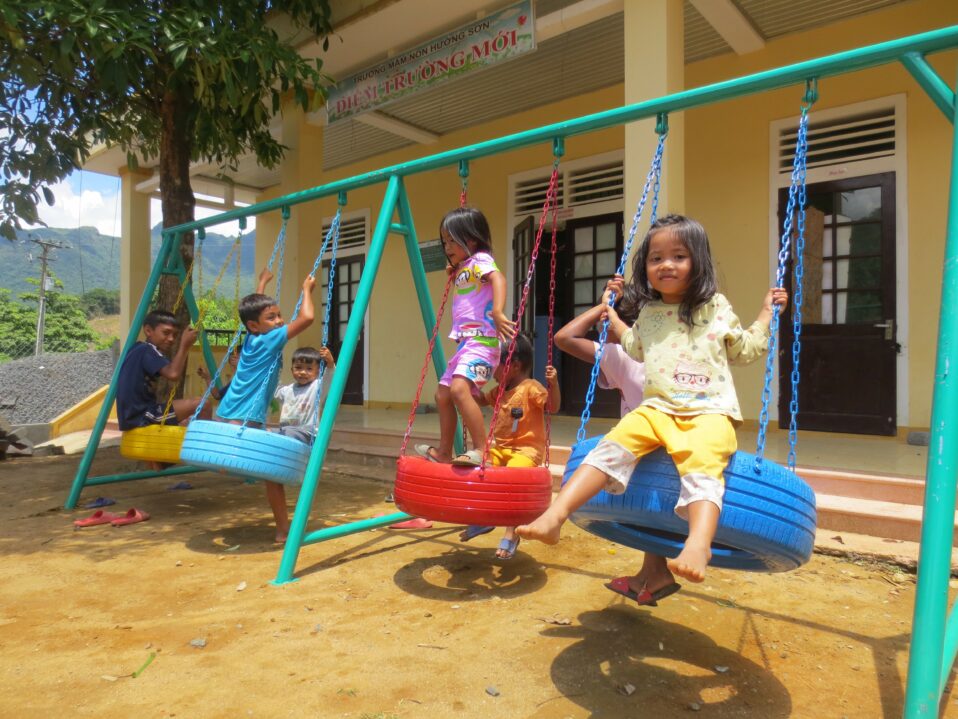 Hundreds of children in Huong Hoa district (Quang Tri province) will have a joyful summer thanks to the newly-built playgrounds in their locality.

The playground equipments were manufactured by a mechanic workshop nearby Dong Ha city in half a month before the installment.

Since August 2018, totally nine playgrounds have been constructed for kids in Huong Hoa district by MCNV, of which eight were sponsored by Suus van Hekken fund and one was funded by Hoi An Roastery. The total value of the nine playgrounds was 5,500 euros (140 million VND).

In the last two years, around 1,000 children of ethnic minority have accessed to the infrastructure.

In the border district of Huong Hoa, recreation facilities for children are considered luxury in most villages. Instead of spending leisure time in playgrounds, kids of ethnic minorities have to play in unsafe or unhygienic environment like roadsides, stream banks or home yard where poultry, cattles are raised.

Your ticket for the: New playgrounds bring fun-filled summer to mountainous kids