In the meeting to celebrate 45 years the diplomatic relation between Vietnam and the Netherlands and 5 years the establishment of the Vietnam – Netherlands on May 10 2018 at the Water Irrigation University Hanoi, Ambassador of the Kingdom of the Netherlands, Mrs. Nienke Trooster had special words for MCNV and highlighted that MCNV was a Dutch NGO that have had “great efforts in supporting communities in Vietnam for the last 50 years.”

The ambassador of the Netherlands to Vietnam, Mrs. Nienke Trooster delivered an impressive speech about the relation of the two countries. According to Mrs. Trooster, “The relation between the two country is not just a diplomatic relation but it has developed into a true friendship. The two countries have well cooperated to achieve Millennium Goals and Sustainable Development Goals.” The Ambassador affirmed both her predecessors and herself enjoyed the work in Vietnam and were proud to be part of the great journey. Looking at the relation, Mrs. Trooster was confident to say it has been improving effectively and consistently.

Especially Mrs. Trooster honored MCNV as a Dutch NGO which was dedicated absolutely to the development of Vietnam in the last 50 years. “Over the years, non-governmental of the two countries have cooperated to address social issues, including health, gender, labour rights and sexual and reproductive health and rights. Among all, there is a special organization – MCNV – which has worked hard and contributed to help address development issues in Vietnam. I cannot wait to see the documentary film about MCNV in their celebration of 50 years at the end of this year in Hanoi.”

These words have encouraged MCNV to continue trying and making efforts to support marginalised groups in Vietnam.

The official meeting closed by a prestigious documentary film about the relation between the two countries which was filmed by Dutch film makers in the 70s of the 20th century. 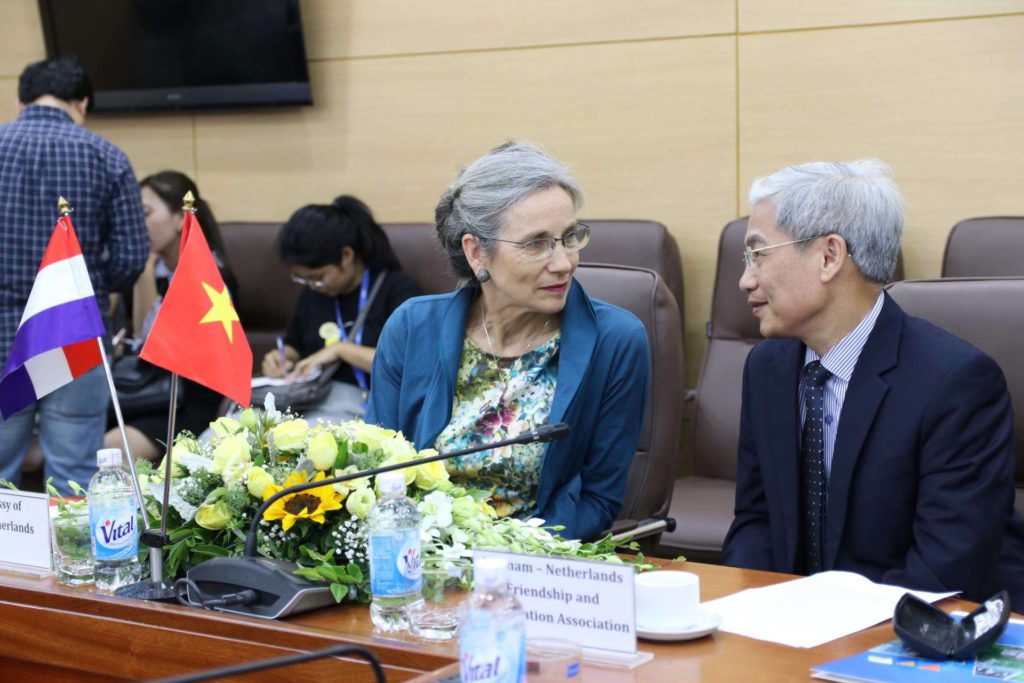 Your ticket for the: The Ambassador of the Kingdom of the Netherlands to Vietnam honored MCNV in her speech