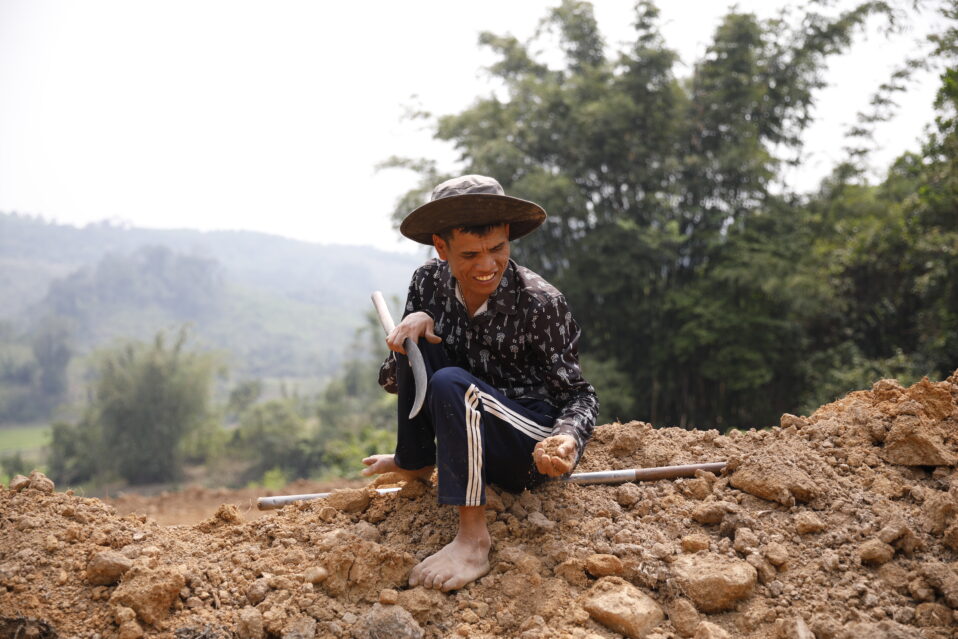 In Quang Tri province, large number of poor ethnic minority households are still lack of residential land and productive land, including 719 households in Huong Hoa and 795 in Dakrong district.

The information was published in a workshop themed “Evaluation of the the implementation of Resolution No. 10/2018/NQ-HĐND of the People’s Council of Quang Tri province” was jointly held by MCNV and the Committee for Ethnic Minority Affairs of Quang Tri province on January 29th.

The workshop focused on sharing and discussing the results of implementing the land use right certification and related policies in accordance with the Resolution No. 10/2018/NQ-HĐND of the People’s Council of Quang Tri province after the first 2 years of realization.

Pursuant to the Prime Minister’s Decision No. 2085/QĐ-TTg dated October 31st 2016 on specific policies to support socio-economic development in ethnic minority and mountainous areas in the period of 2016-2020, the People’s Committee of Quang Tri province has developed the project “Policy on supporting residential land and funding for granting certificates of land use rights, production land for poor ethnic minority households and poor households in the communes of region III and extremely difficult villages in the period 2019-2022”.

This project was approved by the Provincial People’s Council in Resolution No. 10/2018/NQ-HĐND dated July 18th 2018. Accordingly, annually, the province allocates 80% of the budget and the district allocates 20% to implement the plan, of which 1,189 households are supported with a budget of VND 600,000 per household, for the purpose of ground filling with an allocation quota for residential land of 400m2.

Along with that, 2,768 households receive funding for mapping and agricultural land use right certificate administrative procedures. The total budget is more than VND 8.6 billion.

According to a survey conducted by the CEMA of Quang Tri province, after the first two years of implementing the Resolution, the number of targeted households granted with residential and productive land use right certificates remains low.

The survey also shows a large number of poor ethnic minority households lacking residential land and productive land (719 households in Huong Hoa and 795 households in Dakrong). Besides, about 1,450 households in Dakrong and Huong Hoa have not yet received support for ground leveling for agricultural cultivation. The survey shows that the mountainous districts of Dakrong and Huong Hoa are facing many challenges in achieving the targets mentioned in the Resolution No. 10/2018/NQ-HĐND of the Provincial People’s Council. These include the lack of land fund in the localities, the meager budget allocation from the central government, the lack of coordination among related agencies and departments, the inadequacy of land database management and sharing, etc.

At the workshop, MCNV and Quang Tri provincial CEMA also updated the progress and results of the project “Realization of land use rights for ethnic minority people with disabilities in Dakrong and Huong Hoa districts”./.

“Realization of land use rights for ethnic minority people with disabilities in Dakrong and Huong Hoa districts” project is funded by the Embassy of the Kingdom of the Netherlands in Vietnam and is implemented by MCNV in collaboration with Quang Tri CEMA and Quang Tri DPO in the period of July 2019 – December 2020.

This project contributes to helping the two mountainous districts of Dakrong and Huong Hoa implement Resolution No. 10/2018/NQ-HĐND, and at the same time develops capacity in policy advocacy for Quang Tri DPO, helping the Association build a database on the status of residential land and agricultural land of PWDs so that the Association can support PWDs to access land policy in a better way.

With a budget of EUR 100,000, equivalent to more than VND 2.6 billion, in addition to the survey and communication activities to raise awareness for the community, the project has supported the leveling of residential land and agricultural land for nearly 100 ethnic minority households with PWDs in Dakrong and Huong Hoa and is in the process of supporting the issuance of land use right certificates for 30 other households in these two districts./.

Your ticket for the: Quang Tri province: More support needed to improve access to land use rights of ethnic minorities