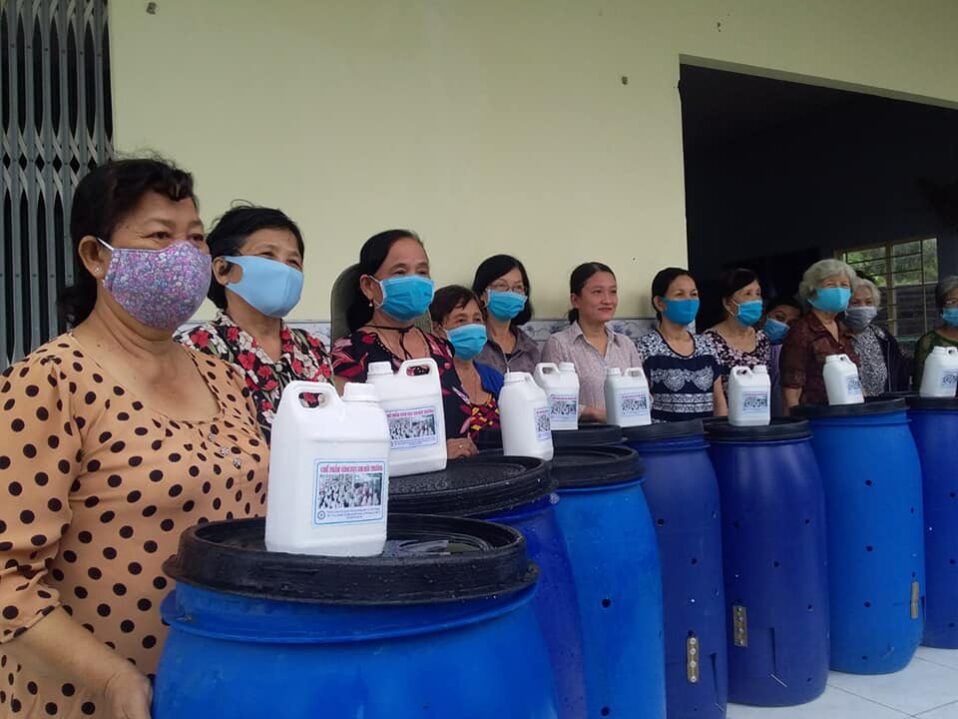 In addition, a workshop on converting waste into fertilizer using compost bins was provided to 600 households, while 350 households received training on growing organic vegetables.

The aforementioned activities were conducted in the second phase of the project ‘Community-based eco-green solution to solid waste treatment’. Funded by UPS, the project was jointly implemented by MCNV and Ben Tre provincial Women’s Union, aiming at facilitating eco-friendly practices in a simple yet effective process.

Kitchen garbage like fruit peels, leftover vegetables will be put into the bin, adding Effective microorganisms  (EM) to accelerate decomposition. After a few months, the waste will be turned into organic fertilizer, which is used to nourish plants in home gardens.

Waste-to-compost benefits the community in various aspects, including purifying and beautifying the environment; reducing the cost of waste collection, transportation and treatment and raising public awareness of waste management and engaging people into the process.

Your ticket for the: 650 compost bins presented to Ben Tre province